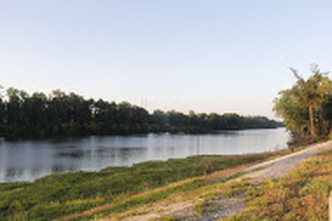 Black Warrior Riverkeepers fight to keep river
By Ariana Evans- Young
Since 2007, the Black Warrior River has been threatened by a proposed coal mine that would not only be right across from a Birmingham Water Works Board intake, which feeds water to more than 200,000 Birmingham residents, but would also damage the same river that sustains the life of many Alabama communities including Tuscaloosa, Birmingham and Cordova.